CIARAN CLARK qualifies for Ireland through his parents and opted to declare for the Republic of Ireland after previously representing England at underage level.

He was called up by Giovanni Trapattoni and made his debut in the Carling Nations Cup against Wales in early 2011.

The defender nailed down a starting position with Aston Villa in 2012 and became club captain.

Clark looks likely to be central to the manager's thinking for the World Cup 2014 qualification campaign. Scored his first international goal against Poland in February 2013. 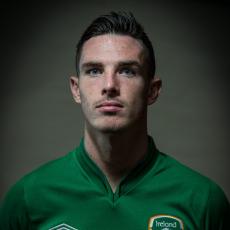