From Galway. A former underage international who played at the 2007 World University Games. Won FAI Women’s Senior Cup with Galway in 2007. Captained Salthill Devon to FAI Women’s Intermediate Cup in 2008. Earned scholarship to University of New Haven followed by spells with Amazon Grimstad and Eskilstuna United, where she won a Swedish league title, before returning to Galway in December 2013 where her performances earned her a place on the 2013-14 Team of the Season. Versatile player who can play in midfield or defence. 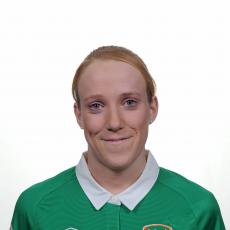