Stephen McCarthy's top 5 pictures of the Girls in Green

Stephen McCarthy's top 5 pictures of the Girls in Green

My name is Stephen McCarthy and I’m a staff photographer with the Sportsfile – the official photography agency to the FAI.
30th Nov 2020

One of my roles within Sportsfile is team photographer to the Republic of Ireland national teams including the men’s and women’s senior teams. Over the past 13 years I’ve been fortunate to have been pitch side on some of the most significant occasions featuring the boys and girls in green. 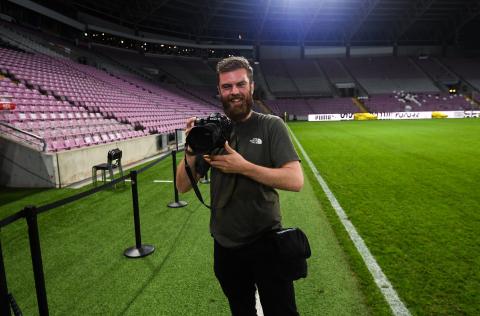 I first covered the Republic of Ireland Women’s National team in October 2007, when they played Romania at Richmond Park and since then I’ve followed their forays into many UEFA European Championships and FIFA World Cup qualification campaigns. 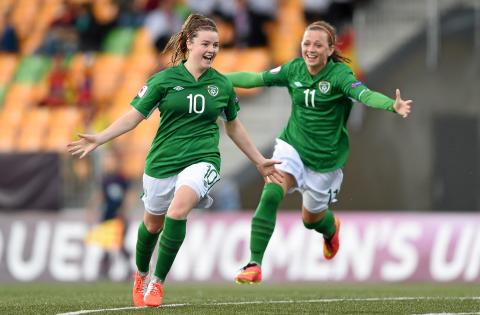 15 July 2014; Clare Shine, left, celebrates with her Republic of Ireland team-mate Katie McCabe, right, after scoring her side's only goal during the UEFA Women's U19 Championship Finals match between Republic of Ireland and Spain at the UKI Arena in Jessheim, Norway.
Around 2014 Republic of Ireland underage times were becoming a regularly attendee at the top table of UEFA’s premier competitions. This image was from the Women’s U19’s opening game of the 2014 finals tournament where the Republic of Ireland announced they were there to compete, with a stunning single goal victory over Spain. The team went on to top their group which included Spain, England & Sweden, which was an incredible achievement. 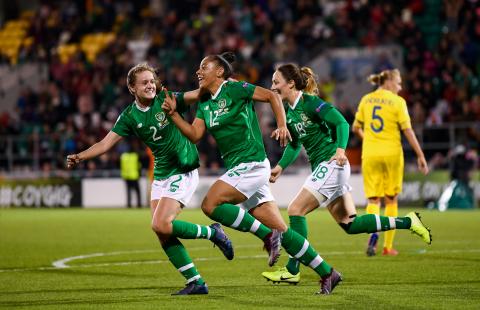 8 October 2019; Rianna Jarrett of Republic of Ireland celebrates after scoring her side's second goal with team-mates Heather Payne, left, and Megan Campbell, right, during the UEFA Women's 2021 European Championships qualifier match between Republic of Ireland and Ukraine at Tallaght Stadium in Dublin.
Rianna Jarrett celebrates the second of her side’s three goals on the night when newly appointed manager Vera Pauw took charge for the first time. What ranks this in my top 5 images is not only the joy and celebration from Rianna but also the almost full East Stand in Tallaght Stadium. Full backgrounds in Republic of Ireland women’s football over the years was very rare, so to me this shows how far Women’s Football has come in Ireland. 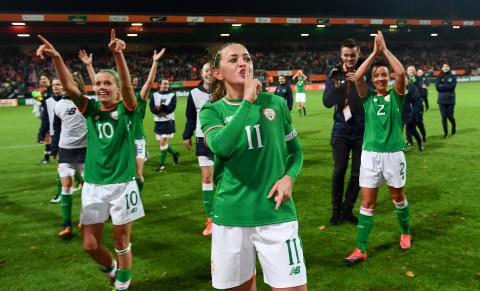 Oh what a night! One of the most historic results in Republic of Ireland football. Facing the current European champions at the sold-out 12,000-capacity De Goffert Stadion, the Girls put in a colossal defensive display to come away with a point. As the game wore on I remember the home crowd getting more and more restless and this is why this particular image stands out of captain Katie McCabe silencing the hostile home support. 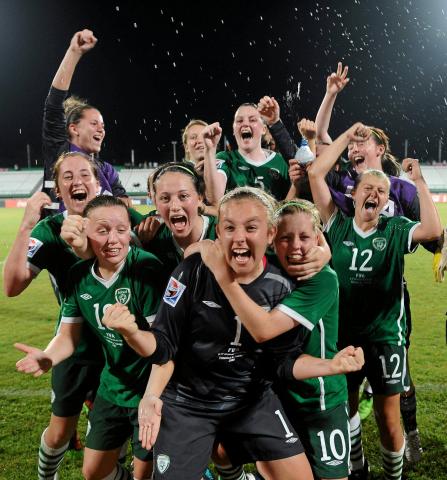 13 September 2010; Republic of Ireland players, from left, Ciara O'Brien, Jillian Maloney, Harriet Scott, Megan Campbell, Emma Hansberry, goalkeeper, Grace Moloney, Jennifer Byrne, Denise O'Sullivan, Amanda Budden and Stacie Donnelly celebrate their side's 3-0 victory over Ghana, and subsequent qualification for the quarter-final, following the FIFA U-17 Women’s World Cup Group Stage match between Republic of Ireland and Ghana at the Dwight Yorke Stadium, in Scarborough, Tobago.
The last Republic of Ireland team to feature in a FIFA World Cup. After finishing runners up in the UEFA U17 European Championship the Republic of Ireland then got to compete on the highest stage, the FIFA World Cup. The team continued their historic journey with a 3-0 victory over Ghana in their final FIFA World Cup group match and I think this image sums up the joy felt amongst the players that night in the Dwight Yorke Stadium. 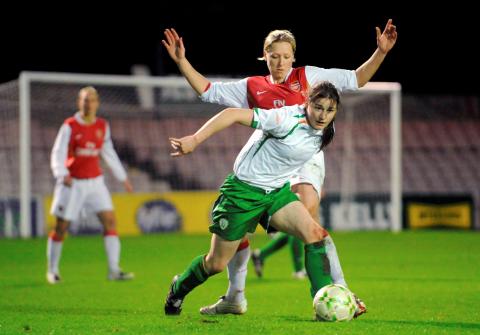 7 February 2008; Kate Taylor of Republic of Ireland in action against Jayne Ludlow of Arsenal during the friendly match between Republic of Ireland and Arsenal at Dalymount Park in Dublin.
My favourite image from covering the Republic of Ireland women’s team came on a Thursday night in Dalymount Park, back in 2008. I remember at the time there was a bit of talk about the Republic of Ireland’s Katie Taylor going across to water to pursue her football career, but Katie was a particularly good amateur boxer as well and decided against the move. The current Undisputed Lightweight Boxing Champion of the World continued representing the Republic of Ireland until 2009, earning 11 caps along the way. This happened to give me my first every back page picture, a cutting which I have kept to this day. I’ve been very fortunate to be able to continue documenting Katie’s rise to one of Ireland’s greatest sports people from the London Olympics in 2012 to Madison Square Garden in 2019.
Senior Women