Republic of Ireland U21 Manager Jim Crawford has backed Southampton’s Will Smallbone and Michael Obafemi to bounce back from their injury set-backs with the pair set for a lengthy spell on the side-lines.
19th Jan 2021

Smallbone was ruled out for the remainder of the season after suffering an ACL injury against Leicester on Saturday while Obafemi suffered muscle damage as he looked to fight his way back into the Saints first team.

Both players had featured under Crawford in the 2019/2020 UEFA European Under-21 Championship Qualifiers and are eligible for the forthcoming campaign. Crawford has spoken to the Saints duo and says the Irish Under-21 staff and players are all behind them in their recovery. 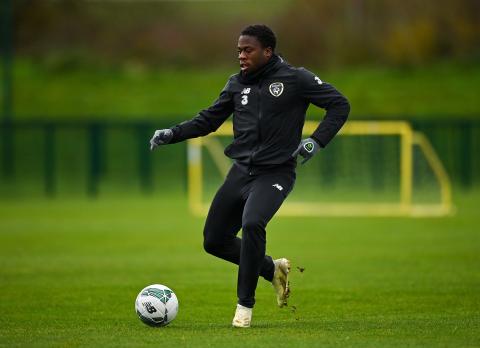 He said: “It is terrible news for both Will and Michael and understandably they are feeling down at the moment but I believe they can both come back stronger from this.

“Will was having a good game against Leicester and he’s a player of huge potential for us. I’ve known him since I was Head Coach of the Under-18s and he always worked exceptionally hard. He played for us against Italy in October, and suffered a couple of injuries after that but it shows his strength that he was able to get back to the standards he was at before the injuries.

“As for Michael, he is an exciting player whose experience and ability is important to the Under-21s group. He was working his way into the Southampton first-team squad but unfortunately he could be out for a while.

“On behalf of myself, the Under-21 staff and the players too we wish them a speedy recovery.”