Australia vs Republic of Ireland

The countdown to the Republic of Ireland's opening game of the 2023 FIFA Women's World Cup against Australia has already begun.

Vera Pauw's team were drawn into Group B alongside the co-hosts of the tournament and they will meet in the Sydney Football Stadium on Thursday, July 20th.

TICKET INFORMATION
The application process to secure tickets in the 'Ireland section' is now closed.

PREVIOUS MEETING
The teams have only played against each other once at senior women's level and that was in an International Friendly in September 2021 in Tallaght Stadium, Dublin.

In front of 3,314 supporters, Ireland secured a 3-2 victory courtesy of two deflected goals and a header from Louise Quinn, while Mary Fowler netted twice for The Matildas. 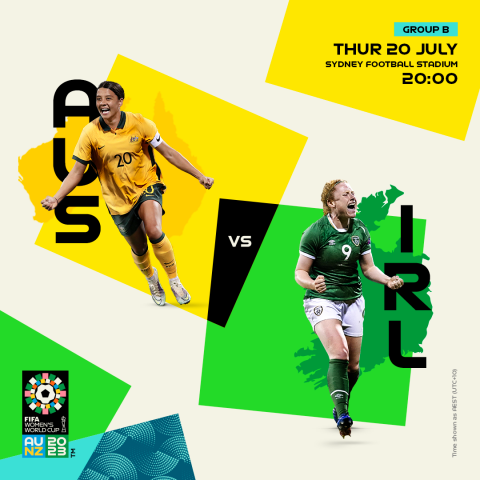