The Republic of Ireland continued their UEFA Nations League campaign with a 0-0 draw against Denmark at the Aviva Stadium.

While neither side found the net on the night the performance was enough to see Ireland manager Martin O’Neill claim his first point in the competition as they put in a hard-working spirited performance against an in-form Denmark side.

Ireland went into the match with the welcome return of James McClean, who had been sidelined in the defeat to Wales due to injury. Matt Doherty also made his first start for the Republic of Ireland.

Ireland set the early momentum with having the best of the early exchanges, James McClean sent in a threatening cross in to the Denmark area for it to be just too high over Shane Long’s head. Jeff Hendrick curled an effort wide after finding himself one on one with  Kasper Schmeichel despite protests of a stop in play.

Ireland continued to press looking most threatening from free kicks, however no Irish player could get that vital final touch. The first real chance of note for Denmark fell to Pione Sisto but his effort was well wide of the mark.

Denmark’s best chance of the first half fell when a short corner routine was sent into the back post which was met on the volley by Kasper Dolberg but he couldn’t keep his effort on target. Ireland were next on hand when Jeff Hendrik sent in a teasing free-kick into the area, after Shane Long was felled, Shane Duffy rose highest however his effort went wide of the goal.  Pione Sisto struck the post after cutting inside and curled a great effort that had Randolph beaten, but was denied by the woodwork.

A cagey second half saw Denmark’s Pione Sisto look threatening once again, however his effort went well over the bar as Ireland struggled to get a foothold in the game. Denmark went close again as Simon Kjaer’s goal-bound effort was cleared off the line brilliantly by Harry Arter. Ireland then had a fantastic opportunity to go ahead when Shane Long laid the ball off to Cyrus Christie whose effort had to be well saved by Kasper Schmeichel. Darren Randolph was twice called into action in quick succession with Martin Braithwaite and Thomas Delaney both having attempts on goal but neither were a real test to the Irish custodian.

While both sides will rue missed chances Martin O’Neill will take great comfort from tonight's performance to take into next Tuesday’s match against Wales.

Republic of Ireland take on Denmark this evening in a crucial UEFA Nations League clash.

FAI Ticket Collections will be open from 14:00 until kick-off at Lansdowne Rugby Club

Ticketmaster will have two vans outside Aviva Stadium from 16:00 to purchase tickets.

All food and beverage outlets will be open throughout the stadium from 18:15 for General Admission tickets and from 17:45 for Premium Level ticket holders. Supporters are encouraged to be in the stadium at least one hour early to soak up the pre-match atmosphere.

Safety & Security
Supporters travelling to Aviva Stadium are advised to arrive at least one hour ahead of kick-off to get through security and they are reminded of new security measures: 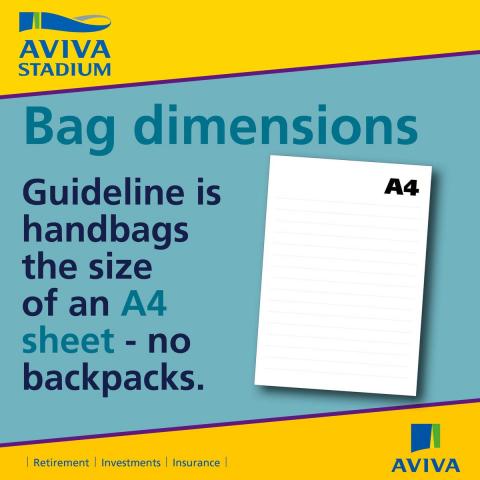 - Extra Safety & Security measures will be in place at this fixture

Match Programme
Make sure to pick up the ultimate match souvenir, which includes features on Seanie Maguire James McClean and Jeff Hendrick, exclusive column by Conan Byrne, profiles of the opposition and a four-page Kids Zone section

Fan Republic
Don't forget to sign up to our Fan republic Newsletter to win mascot & flagbear places, exclusive competitions and much more. Sign up HERE

Live Coverage
Sky Sports Football will broadcast live coverage of the game from 19:00

*Indicates player is on loan