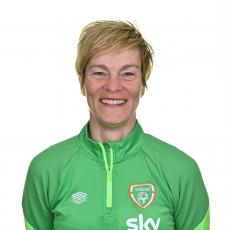 A former Netherlands international, who played over 85 times for her country, Vera moved into coaching 1998 and has been in charge of five different national teams - as well as advising another.

Vera brings a wealth of experience to the Ireland set-up - including a run to the semi-finals of the UEFA European Championships with Netherlands in 2009.

She led Ireland to third place in the 2022 Pinatar Cup.