Over the past 12 months, clubs around Ireland have found themselves with a certain dilemma.
17th May 2021

“How can we keep relevant, when our players are not on the pitch?”

In a town best known for the Christy Moore song, and the Matchmaking Festival, Lisdoonvarna’s Burren United WFC have found creative ways of keeping spirits up in the Clare town and surrounding areas.

The women's club was founded by Frankie Burke in 2019, for girls in the area to continue playing football, after their time with the Schoolboy and Schoolgirls club of the same name came to an end. Some of the players only took up the game, and joined the club when it was founded.

“Once our girls turned 16 they had to join the Clare District Soccer League, so that’s why we set up the club. We started with two teams and 20 girls and worked from there”, Burke told FAI.ie

Success came quickly for the club, winning the League Shield Final and Under-18 A final in 2019, and they have not looked back since. That 3-2 win over Bridge United was a fond memory of Burkes, only to be surpassed by the 1-0 win in the Under-18 League Final, scoring in the winning goal in the last two minutes.

“It was Roy of the Rovers stuff”, he exclaimed, remembering the night from two years ago, as if it took place yesterday. 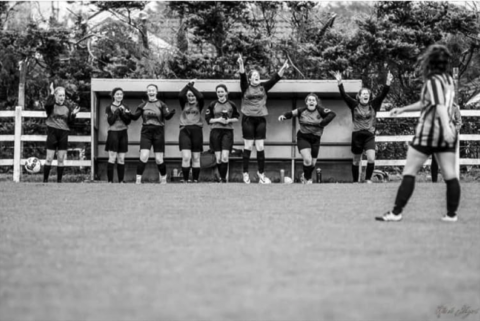 “We were beaten 13-0 in one game in their first year! The girls loved playing despite the result and kept improving. I use one word with three letters - Fun!”

As the focus moved away from the pitches in March 2020, Burke and his team focused on the work done in the town.

Lisdoonvarna’s King Thomond Hotel is home to a local Direct Provision Centre, and the club found a way to engage with those residents during lockdown.

“We needed to give something back, so we decided to do a few online drills for the children. The children got both football and strength and conditioning drills to keep them active.”

Burren United WFC moved away from online S&C classes as the lockdown continued, as Burke felt a clean break would be of benefit to his players.

“There are Zoom training sessions and so much more. The girls were getting bored of it, and we felt it was best to step away until they get back on the field”.

As the Covid-19 pandemic continued to worsen, the club decided to show their support for those front line staff based in Lisdoonvarna and further afield.

“We wanted to do something simple, and came up with the idea of an Easter egg challenge, and we incorporated Daffodil Day into it.

As frontline workers and those vulnerable residents got showered with Eggs and flowers, the Burren United WFC players and staff saw it as a way to thank those in the area after a tough 12 months. Burke would love to see it continue as an annual event, and hopes other clubs will follow suit. 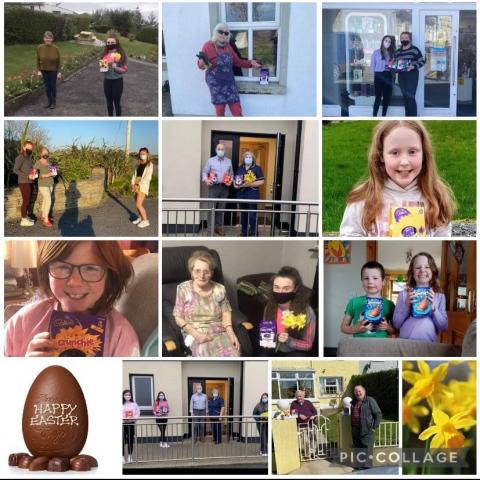 “It helps clubs and women in sport. All we saw was smiles on faces in the area.”

As the club prepares to get back on the field, they are close to completing the FAI Club Mark, and Burke’s drive wants them to be one of the first in the Banner county to get the award.

“We love the challenge, and we’d love to be one of the first clubs in the county to get it.”

In Christy Moore’s song about the town he says “It's a long, long way from here to there”, but with Burren United WFC making a name for themselves, Lisdoonvarna is getting close to the footballing mainstream.