“Much like the rest of the country, we’re just trying to get through this, like everybody else.”
24th Apr 2020

Ballymackey FC Chairman George Haverty is still taking stock of a monumental period in Irish history that has seen the country virtually shut down.

The Tipperary club were named FAI Club of the Year in 2018, and like their counterparts nationwide, their grounds have closed until further notice.

“It was a shock initially”, Haverty told FAI.ie, about the Covid-19 pandemic. “In the countryside, you can get used to it quicker. In rural areas, you’re not on top of each other like you would be in towns and cities.”

While many clubs found it difficult to close up a community amenity, Ballymackey were in an even tougher position.

“Our biggest issue was that we have building works taking place in the ground. When the builders had to pull out, it really hit home, that things were coming to a complete stop”, Haverty lamented.

“We had the floodlights on every night, for people to go for walks on our track. We had to stop that, and turn off the lights, and close the place up. We’d be open most evenings from 6 to 10. Closing the gates was a big reality check. The track was a safe environment away from the roads.” 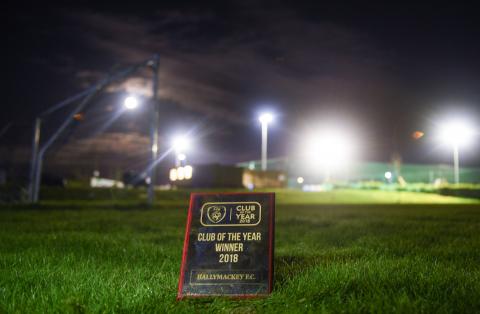 Ballymackey serves a large area in north Tipperary, and is just a goal kick from the M7. Serving numerous parishes, the club shares coaches with other clubs in the area.

“We’ve been very active for the last couple of years. A lot of the coaches would be involved in GAA and rugby too. Some of them are taking the current situation as a break, and a chance to re-energise”, Haverty added.

“We came to the conclusion not to push the kids during this period. They have a lot on their plates. If they need help, we are here for them. A lot of our kids are in rural areas. There is plenty for them to do on farms. The schools are keeping them busy too.”

Like other clubs in the area, income is down for the club. Regular forms of incomes have also been hit, Haverty revealed.

“We just haven’t asked for any sponsorship lately. We have a Patron’s Draw that we do annually. Every February and March we sell tickets to those in the community, but have had to put that on hold. We have no income streams at the moment.”

Clubs around Ireland thrive with creative fundraising efforts. One venture by Ballymackey that would take 18-months to come to fruition has had to be put on ice.

“We had a novel idea to help with the fundraising of the building too. We had gone to dairy farmers in the locality. We had over 30 farmers that agreed to give us a calf each”. Haverty admitted. 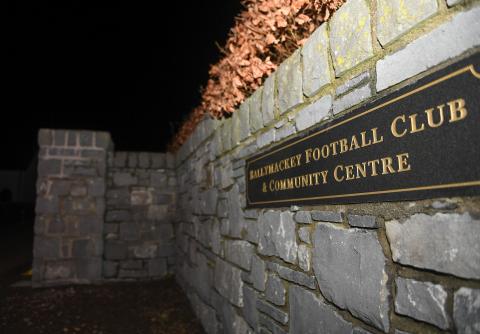 “They would rear the calf for us, with the idea the beef farmers would take the calves next year and rear them for another year. We would then take them to the mart and sell them, putting all the funds into the building. Even that has stopped now. You cant be going in and out of farmer’s yards at the moment.”

While the focus is on safety at the moment, the club are still hopeful to get back on the pitches of Tipperary in the coming months.

“We have to take guidance from the HSE”, Haverty stated. “We’re mad to get back training. Our seasons were coming to an end for the underage teams. They would have been contesting semi-finals, finals and play-offs. Hopefully they can conclude in the next three or four months.

“In six months time, if we could have our builders back in building, and get back training we’d be happy enough, with competitive football hopefully by the end of the year. The paramount issue is that everyone is safe. When we open the building to the community, the people who supported us are there in a happy and safe environment.”

The opening of that Community Building will be hopefully worth the wait.