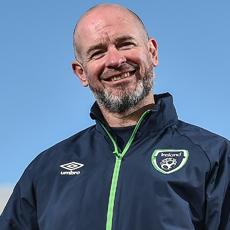 Trevor was one of the first Regional Development Officers appointed by the FAI in 1999. He had a distinguished career in junior football in Limerick and is the holder of four FAI Junior Cup winners’ medals with Fairview Rangers. During his time as a Development Officer, Trevor was involved with many underage international teams, most notably with colleague Sean McCaffrey’s U17s and U19s.

Trevor has also been involved at League of Ireland level where he was Assistant Manager of Waterford United and Limerick FC and has also spent time coaching in South Africa prior to the 2010 FIFA World Cup.