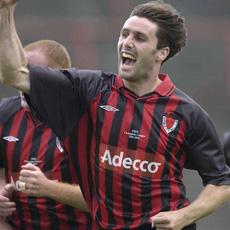 During his time at A.F.C Bournemouth he began his coaching career working with the Centre of Excellence at the club, whilst gaining coaching qualifications with the English FA. In January 2008, Shaun signed for the current Champions Drogheda United where he again played in the Champions League qualifiers. Shaun holds a UEFA A coaching license.