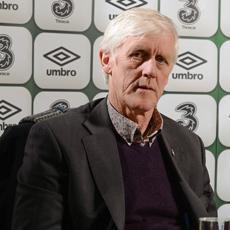 Harry also played with the San Diego Sockers in the United States where he played alongside the Polish legend Kazimierz Deyna. He emigrated to Australia where he played in the New South Wales Premier League with Manly United Freshwater FC in Sydney and also managed the club for three years.

On returning to Ireland, Harry spent six seasons managing Drogheda United. Harry is currently the Assistant Manager of the Republic of Ireland U21 National team (to Noel King) and holds a prestigious UEFA Pro license.